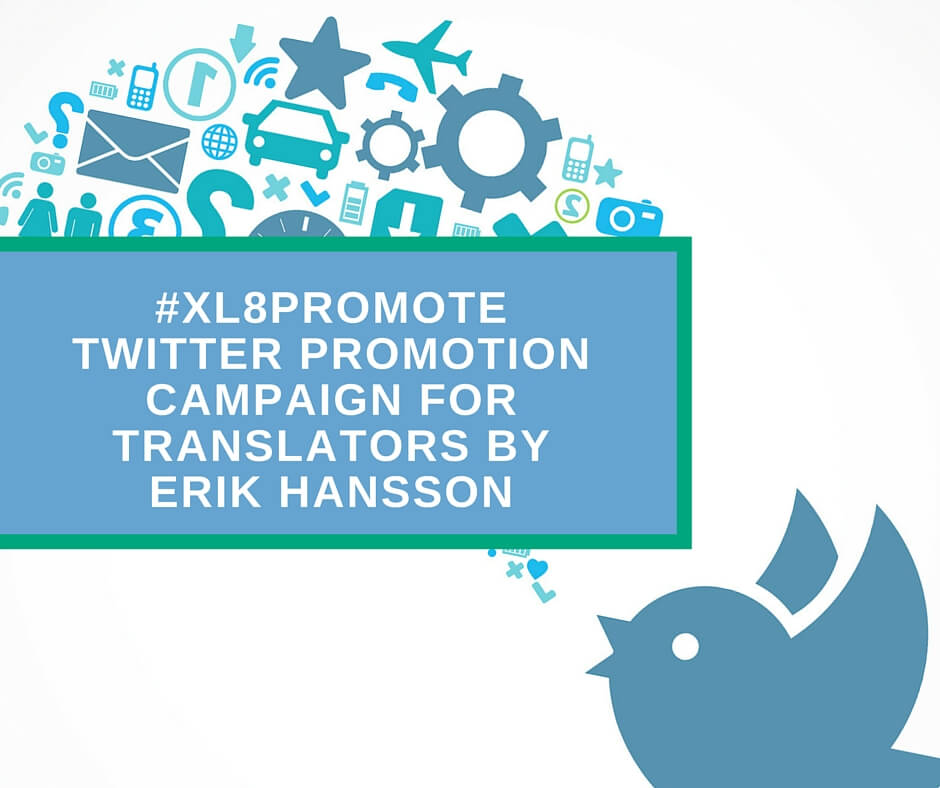 In March 2016 Erik Hansson, the founder of a popular Facebook group Things Translators Never Say, sent me a message on Twitter and offered to take part in his new project. The idea was simple but totally awesome: Twitter promotion for one colleague every day with a short tweet using #xl8promote hashtag.

Starting off with #xl8promote series in a minute: presenting #excellent #translators in my network to a wider audience. Follow this hashtag.

If you already have a large number of followers and want to help your mate translators and interpreters by promoting them on Twitter – join the campaign now!

[Tweet “Promote and be promoted! Join #xl8promote project to spread the word about #excellent #translators!”]

Translators and interpreters! Interested in being promoted in the #xl8promote project? Just drop me a DM. #xl8 #networking

This is a unique chance to take an advantage of Twitter promotion project for translators who are willing to increase their online presence.

As you may know, Twitter is one of the largest social networks on the web with over 1.3 billion registered users. According to recent statistics, the average number of unique monthly visitors on Twitter reaches 120 million with 500 million of unregistered users visiting Twitter every month.

If you have not yet registered on Twitter, it is high time to sign up and start using the incredible communication and networking opportunities offered by this social network!

Moreover, Twitter can be a good place to find new contacts in the translation industry or even a new job!

You may use various hashtags like #t9n #job, #xl8, #translation #jobs, etc. to search for relevant topics.

Today robust online presence is very important for every freelance translator. I’ve been talking about this topic in my previous article about the personal website for freelance translators. In addition to that, your presence and active participation in Twitter discussions may add value to your online profile thus increasing your chances to be found by potential clients.