Should You Choose a Native Translator For Your Translation Needs? 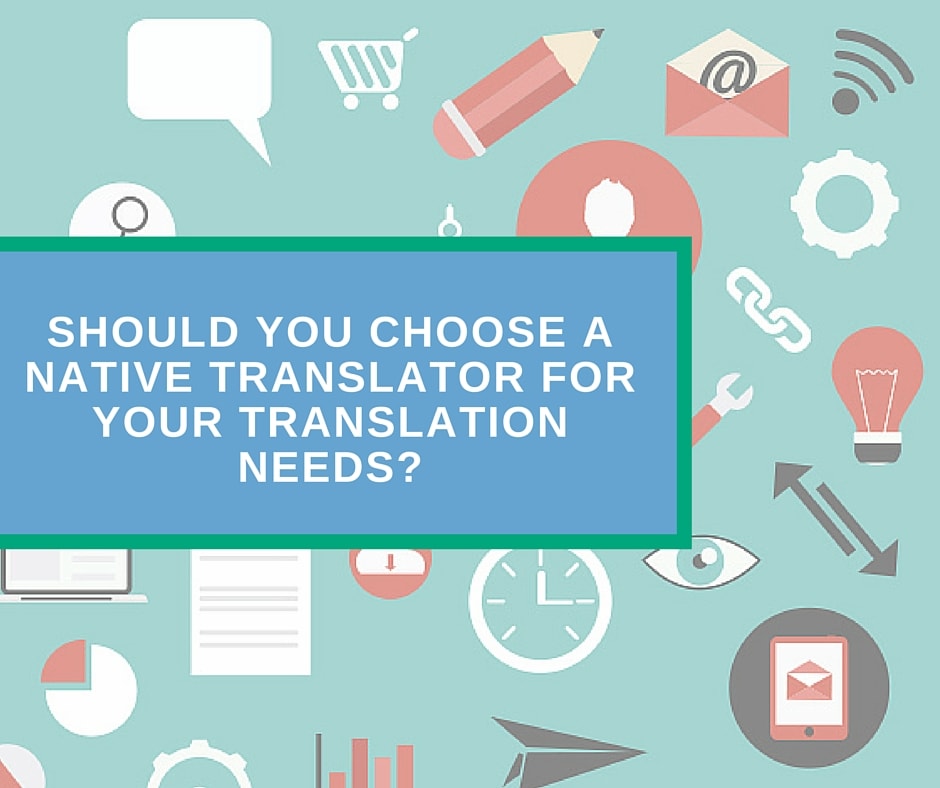 If you are a company representative or an individual looking for professional translation services, you will definitely think about how to find the right translator and whether this should be a native translator. There are certain criteria to consider when choosing a translator: experience and education, fields of specialization and location, etc. But one of the most evident characteristic to consider when choosing a translator is the language pair. Many translation service providers insist that professional translation can be done by a native linguist only. Let us find out if this is true.

And it is hard to argue about that. Being a native Russian translator it is easier for me to translate from English into Russian than from Russian into English, despite the fact that I’ve been studying the English language, the theory of translation and allied subjects for years as well as translating in these language pairs for over 9 years.

However, there are certain situations when choosing a native translator is not the only option.

People who speak two languages with an equally high level of proficiency are called bilinguals. In many cases, people living in multicultural and multinational countries with several official languages can master two or more languages on a native level thus becoming native bilinguals. When a translator lives and works in a bilingual environment it is quite possible to say that such a translator is capable of translating texts across two languages with equally good quality. So if you are searching for the right translator, you may also choose a native bilingual specialist who can ensure the same level of translation quality.

In some cases, translation process requires a deeper understanding of the source text to convey the meaning into the target language. For instance, if you need to translate a historical article from Russian into English, a native Russian translator might be a better choice even though English is not his native language. Russian translator will definitely have a better understanding of the source text events, or can find more references to provide a better translation than a person whose native language is English and who knows less about the Russian history. Think about your text from this point of view. Probably you’d better choose a non-native translator who can understand the realias of the source language.

If the above is your case, one of the options is to hire a non-native translator (who is aware of source language conditions) and a native editor who can process the translated text and make it sound natural for the target audience. Though it may seem costly, if you care about quality, you should think about translation in combination with proofreading and/or editing to get the best possible results.

That said, next time when you order translation service you can make a better choice between native and non-native translators depending on your specific conditions.

If you need high-quality English-Russian translation for your document, website or application, I will be more than happy to help you.  Do not hesitate to contact me and request a free quote.